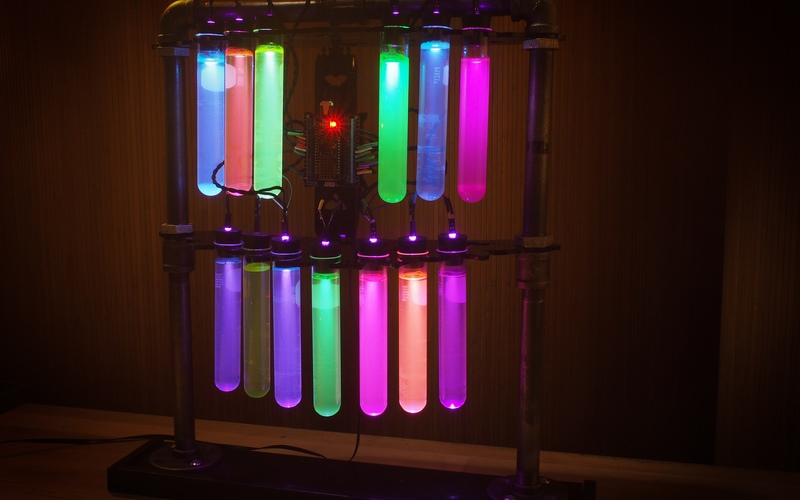 I would not die, and leave no name behind. Three centuries have passed since I quaffed the fatal beverage: another year shall not elapse before, encountering gigantic dangers–warring with the powers of frost in their home–beset by famine, toil, and tempest–I yield this body, too tenacious a cage for a soul which thirsts for freedom, to the destructive elements of air and water–or, if I survive, my name shall be recorded as one of the most famous among the sons of men; and, my task achieved, I shall adopt more resolute means, and, by scattering and annihilating the atoms that compose my frame, set at liberty the life imprisoned within, and so cruelly prevented from soaring from this dim earth to a sphere more congenial to its immortal essence.

Welcome…to Dweller of the Dark!

We are a channel honoring the yellowed, and blackened bones of many prominent authors. We will be digging up several obscure, strange, and forgotten authors who influenced many of the great horror, science fiction, and fantasy writer’s today.

AUTHORS always looking to dig up a new corpse. Ring the bell, subscribe, and contact us for more information.

SUBSCRIBE for more tales of the horrifying, obscure, strange, and forgotten. We’ll have quite a collection climbing out of the tombs. If you like any of our tales, crush or cut the like button below.

Check out our other stories on YouTube and our websites.

Support us now on Bandcamp & Patreon

Every writer of horror knows Mary Wollstonecraft Shelley’s most famous work—Frankenstein. But few know the dark depths of her other horror literature. We’ll dig up a few more of her immortal cadavers in future narrations.

Mary Shelley was an English novelist who wrote several works of horror, science fiction and fantasy. Her most famous work, Frankenstein, was published in 1818. Mary’s stories captured the questions and complexities of her life in a time under great change. Many seemed to question consequences for pushing the limits of knowledge in science and society.

Haunted always by the powerful presence of her Romantic poet and philosopher husband—Percy Bysshe Shelley, Mary based many characters on him. In addition to writing she also edited and promoted the works of Percy.

Mary Shelley’s life was filled with incomprehensible tragedy. Shelley’s mother died less than a month after giving birth to her. Mary would have later issues of disconnection with her father and his new wife. And after running off with the famous Percy Bysshe Shelley, Mary would go on to lose three children from various ailments in their time together.

She courted scandal as well. Against her family’s wishes, Mary eloped in 1814 with the romantic poet Percy Bysshe Shelley while he was still married. Obviously, the couple faced ostracism and constant debt. Despite the ridicule and shunning the couple married in late 1816. Strangely, the marriage came after the suicide of Percy Shelley’s first wife, Harriet.

As brief as a blasting lightning bolt, there was some happiness in the couple’s life. In 1816, the couple famously spent a summer with Lord Byron, John William Polidori and Claire Clairmont near Geneva, Switzerland. While fireside, during a terrifying storm, the group exchanged horror stories in a competition set up by Lord Byron. Mary won the contest with her conceived creation Frankenstein. And curiously enough…she also conceived the Shelley’s only living child after 8 years of trying to be parents.

Scholars have their own theories, arguments, and speculations on the conception of the novel…and the miraculous child.

The storms of darkness and tragedy again erupted on the Shelley’s in 1818 when their second and third children died of disease in Italy. In 1822, her husband drowned when his sailing boat sank during a storm near Viareggio. A year later, Mary returned to England and from then on devoted herself to the upbringing of her son and career as an author.

In the final decade of her life Mary Shelley was crippled by illness. A brain tumor, most likely the source of her illness, took her life when she was just 53.

“The Mortal Immortal” is a short story written by Mary Shelley in 1833. It’s the tragic tale of a man named Winzy, who drinks an elixir which makes him immortal. At first, immortality appears to be a promised blessing. However, Winzy soon realizes he is cursed to endure eternal psychological torture. For he has to endure losing everyone and everything he loves to the ravages of time.

Who is the mortal immortal? Can he ever escape the prison of everlasting eternity?