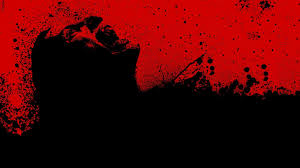 Welcome to Dweller of the Dark!

We are a channel honoring the yellowed and blackened bones of many prominent authors. We will be digging up several obscure, strange, and forgotten authors who influenced many of the great horror, science fiction, and fantasy writer’s today.

Subscribe for more tales of the horrifying, obscure, strange, and forgotten. We’ll have quite a collection…climbing out of the tombs. If you like any of our tales, hit the like button below.

Joseph Payne Brennan was an American writer and poet of fantasy and horror fiction. Born in Bridgeport, Connecticut, Brennan lived most of his life in New Haven, Connecticut. He worked as an Acquisitions Assistant at the Sterling Memorial Library of Yale University for over 40 years.

Most importantly to horror fans, Brennan was an early bibliographer of the work of H.P. Lovecraft.

“The Horror at Chilton Castle” was published in the 1963 collection “Screams at Midnight”. The story focuses on a narrator visiting his ancestral homeland. The narrator encounters a caretaker at a pub who provides him with a tour of his ancestral castle. The narrator discovers that his family harbors a dark secret.

What is the horrifying secret of Chilton Castle? Will the narrator ever feel safe at home again?